What a Difference Music Makes! 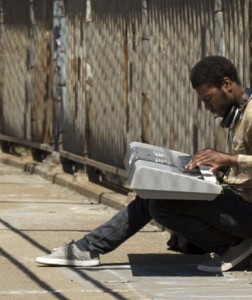 So yesterday, I spent the day with Jordain Wallace, our VERY talented composer for the film. We spent the time going over the entire movie. He played for me what he had written for different scenes. We discussed where music should and should NOT be.

There were times when my jaw dropped. The power of music to evoke an emotion was astounding! It’s like it takes you into the head of the character and allows you to see his/her private thoughts and feelings.

There is a scene in the movie – I won’t create any “spoilers” – but let’s just say I had goose bumps watching it with the soundtrack supporting it.

I CAN’T WAIT for this film to come out!! It is going to be awesome.